Neurofeedback May Be a Game Changer

Many of us have watched a child play a video game, and tried to play ourselves. It is fun to lead your favorite football team to the Super Bowl, or outwit and defeat 99 players in a game of Fortnite. As we play, we feel excitement and pleasure. However, when the game is done, we haven’t gotten any stronger, smarter, or better at concentrating on things like school-work. But what if there were a type of video game that made us better at those things? There is, and it’s called neurofeedback. 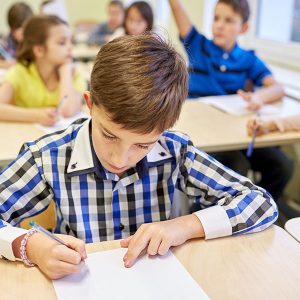 Neurofeedback is not a new type of gaming experience. It’s more like a good fitness workout. While it’s true that the developers of gaming systems have created some impressive video screens, the difference between video games and neurofeedback is that your fingers don’t move the characters to do neurofeedback. Your brain does, when it produces the “right” kind of brain activity. When it is not producing the desired activity, the images that you are trying to control stop moving.

In using neurofeedback for kids with ADHD, the “right” kind of brain activity is the type they produce when they are still, focused, and looking at or listening to something with a purpose. It’s the kind of concentration that should happen when the child is reading a book, listening to a parent or teacher, or participating in athletic, musical, or other organized activities. When a child is in that “active brain, still body” frame of mind, the brain regions responsible for attention and concentration produce an electrical signal or “brain wave” that is pulsing at about 13-21 cycles per second (Hz). These are called beta waves.

On the other hand, when a child reads a page in a book, but has no idea what she just read, or “zones out” when the teacher is talking, or can’t come up with a simple sentence that includes a specific word, the brain produces a different pulse, going at about 4-8 Hz (called theta waves). The child is in an inattentive place. When the regions of the brain that control movement produce these “slow” brain waves in a child who is hyperactive, the control center for impulsive and hyperactive behaviors goes “off line,” and your child acts without thinking.

It’s All About Brain Waves

I started doing studies examining the brain waves of children, teens, and adults about 3o years ago. Over the years, we’ve learned a lot about ADHD. One thing that stood out to me in our first studies was that the vast majority of kids with ADHD produced many more periods of theta waves than periods of beta waves. These kids are in a physically “inattentive” state much more than an attentive one when they are asked to perform tasks that are not important (to them), interesting, life-threatening, or fun. Once we discovered a brain indicator for inattention (the theta/beta ratio, or TBR), we wondered if we could improve ADHD symptoms by helping kids decrease the amount of theta waves they were producing and increase the productive beta waves.

Neurofeedback involves an interaction between a child, a therapist, or “trainer:’ and EEG equipment that monitors the amplitude (“height”) of theta and beta waves, as well as muscle activity (facial movements, body movements). After the neurotherapist evaluates the amplitude of theta and beta waves being produced during an eyes-open “resting” or “baseline” period, he or she will set the initial training goals (called thresholds). In order for the child to be encouraged (reinforced) during training, he needs to keep the amplitude (height) of his theta waves below the “threshold” while keeping beta waves above the threshold. In addition, the child needs to keep muscle movement to a minimum. Whenever the child can do this for a half of a second, he is rewarded. The child will hear a tone, a counter will advance, and characters or other screen images will move.

Neurofeedback Pumps Up Perseverance and Patience

Although neurofeedback equipment can create very entertaining experiences, the training games that are the most effective are intended to teach children how to persevere and pay attention when doing tasks that are not entertaining. In my initial neurofeedback study, in 2002, and in the current NIH-funded clinical trial, we use relatively “boring” screens. Whenever a child maintains a focused state for half a second, she may move a “PacMan” character “one dot” further through a maze. In another game, the child tries to keep his space ship in the lead in a three-ship race. Or the child might be focusing on gauges that show how well her brain is concentrating.

Other children will prefer to watch a screen that shows their brain waves, and shows them the “height,” or amplitude, of their theta, beta, and muscle activity. These children are taught what the target threshold numbers are, and learn to control the amplitudes directly. 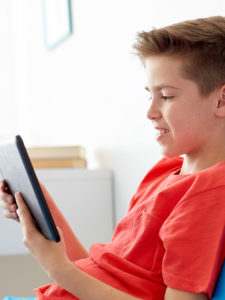 The Right Therapist Makes a Difference

A neurofeedback therapist is part teacher, part performance coach, and part cheerleader. In my first study, we developed a highly interactive model for coaching during neurofeedback. We continue to use this model in our current clinical trial. Both studies show that this type of coaching plays an important role in the success of neurofeedback.

In our model, the therapist teaches the child about brain waves, the ones that occur when the child is focused (beta waves) and the ones that occur when he zones out (theta waves) or moves around too much (measured by an electromyogram, or EMG). We use clinical-looking EEG screens to show the children what these waves look like, and help them realize that, by looking at the waves with a purpose (trying to “shrink slow, big theta waves” or “make beta big-ger”), they increase their focus when doing boring stuff.

The therapist also teaches the child about the relationship between brain waves and ADHD. Any child who participates in neurofeedback to improve ADHD should have undergone a comprehensive evaluation that included a Quantitative Electroencephalographic examination (QEEG). This test measures the activation of brain regions associated with attention and behavior control and deter-mines a child’s “theta/beta ratio” (TBR). The goal is to improve attention and reduce hyperactivity by decreasing the child’s TBR to the average for a child his or her age.

Next the therapist introduces the child to the neurofeedback training screens. The therapist teaches the child about the various images on the screens (i.e., what image on the screen shows the amplitude of theta, beta, and EMG activity), and explains what it will take to earn game points (numbers on a counter). Most neurofeedback practitioners offer some type of tangible reward for earning a certain number of “game points.”

During a training session, children play five or more training tasks, lasting five to nine minutes each. The trainer provides guidance to improve their reward rate, cheers them on during successful moments, and encourages them to keep trying when the reward rate slows down. The goal is to help children maintain a level of brain activity that is consistent with their age for 45 minutes while doing fairly boring training tasks.

In controlled studies using the type of training program that I described, significant, sustained improvement of core ADHD symptoms has been consistently noted. The degree of improvement appears comparable to stimulant medication and benefits have been found to last anywhere from six months to two years after the last treatment session. A course of neurofeedback treatment can take 30 to 45 sessions, with sessions occurring one to three times per week. It takes 15 to 20 sessions before parents and teachers begin to see signs of improvement.

Neurofeedback can be frustrating for a child. There are times when he succeeds and times when he doesn’t. That’s when a good relationship with a trainer makes all the difference in helping the child realize that perseverance pays off. Some children experience periods of fatigue or brief headaches during training. There do not appear to be long-term adverse effects with neurofeedback.

Fifty to 75 percent of children treated for ADHD with neurofeedback show significant improvement. From my perspective, there are several reasons why this type of treatment is not always successful. First, not all children who are diagnosed with ADHD have the condition. Some children have “ADHD” symptoms because of sleep deficits, inadequate diets, vitamin deficiencies (usually vitamin D), or other medical conditions (anemia, hypoglycemia, celiac disease). I recommend that a child be screened and treated for these conditions before starting neurofeedback.

If you are considering neurofeedback for your child, make sure that he or she has been evaluated and treated for other medical causes by a physician, and that you select a neurofeedback provider who is certified, experienced in the treatment of ADHD, and who relates well to your child. If you do, it’s likely that the time and effort spent on neurofeedback will be a game changer for him.